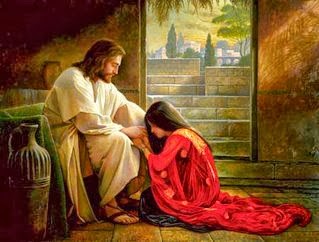 “Do not judge, or you too will be judged. For in the same way you judge others, you will be judged, and with the measure you use, it will be measured to you.
“Why do you look at the speck of sawdust in your brother’s eye and pay no attention to the plank in your own eye? How can you say to your brother, ‘Let me take the speck out of your eye,’ when all the time there is a plank in your own eye? You hypocrite, first take the plank out of your own eye, and then you will see clearly to remove the speck from your brother’s eye.
“Do not give dogs what is sacred; do not throw your pearls to pigs. If you do, they may trample them under their feet, and turn and tear you to pieces.
Matthew 7:1-6

This time I want to talk about ultimate forgiveness by which I mean forgiving yourself and forgiving others. If you're hurt especially deeply forgiving him or her may take some time - from few months until few years. How do I know when I have forgiven? When I simply have stopped giving any thought for the incident. Forgiving others is essential to be completely able to live on the present and see the blessings that God has granted to you in this life. It's also crucial so that you would be forgiven in the Judgment Day because your heavenly Father won't forgive you unless you've first forgiven those who have trespassed against you. But we do receive some mercy and forgiveness from God in the Holy Communion each Sunday through bread ("body of Christ") and wine ("blood of Christ"). As Christians we know that Jesus sacrificed himself so that our sins would be forgiven.

I like to deal with things by writing. Once I've written them down I've released them. Once I've clicked "Publish" on Blogger I've let go and let God. That's my intention today because my life has changed so completely and positively that I see no reason looking back anymore. I want to concentrate on the present and future. I wake up to peace every morning, I'm right where I want to be in life. We got an apartment on September 2013 and I've given birth to my second son. My Theology and Pedagogy studies went alright in the Evangelical Institute. There's spiritual and financial abundance. I'm so grateful. I will start preparing for my second try to university on December 2014 though it will be a challenge as I am now a mother of two boys that depend on me all the time. Last time I practically passed the Finnish Language and Comparative Literature exam but my score just wasn't high enough to be admitted straight to the degree. This time I will be more prepared for I have committed myself for praying and fasting starting from the very first day that I will receive my Theology, Finnish Language and Literature study books and this will make six months. When it comes to my spiritual practice during the past few months I haven't been an active churcher but I have still prayed mornings and nights, listened to lots of Gospel music, written spiritual and Gospel poems, read spiritual books and discovered Wreath Of Christ.

Returning to today's topic forgiveness I'm here to open my wounds and share them with you so that you can possibly relate and cure your own wounds with me. I recently read "Forgiveness: How to Forgive Everything for Everyone in 21 Days" by Iyanla Vanzant and next time I will continue the forgiveness theme by writing a review of the book and opening The Library Of Spiritual Growing. People that I find most difficult to forgive are my friends turned enemies, my ex, my mother and social and health care professionals.

Why? Because I have been deceived by my friends and my ex. Because my mother is so possessive over my life that because of her I had to give up one of my greatest dreams and almost ever since my first son was born she has loved him like her own son which is of course good but she has taken it too far: My first son is a son of my ex and currently 3-years-old and mum forced me to let him live with my parents for 2 years because of the careless and abusive nature of my ex. In my opinion her should have never done this because first of all my ex has always shown affection towards his son swearing that his son should be hurt only over his dead body and I ended up being the only one who truly suffered in his presence. He never attacked his son, only me. Also now due to spending 2 years of his life with my parents my son imagines that his home is with them and prefers my parents in everything over myself, his legal guardian even now that after our break-up he has moved back home with me and my new Christian man. This has caused tension and jealousy between me and my mum and unfortunately jealousy and bitterness between me and my first son. Because of the attitudes of my parents and my first son I feel that I'm constantly punished because of the past with my ex. How can I get over when my parents don't get over? Even at the beginning of my relationship with my new Christian man my parents continued to have doubts and negativity and I had to scold them about living in the now and finally they let it go about my man but they continue to be possessive over my son.
And finally I'm currently unforgiving and prejudiced over social and health care because they continue to be concerned over my children though they know that I'm with the most secure man that feeds us so much love that my life has turned to abundance of many sorts; I'm only still lacking something symbolic like status as a career woman and wife for I haven't completed my education yet and for we're planning marriage on December 2014 or summer 2015. To sum up, reading "Forgiveness" by Iyanla Vanzant brought me some peace of mind and I managed to forgive for the most people that have hurt me during my yet short life by writing her Forgiveness Journal but some issues such as the ones with my mum and social and health care are still fresh and so deep within my soul that I will be needing more listening to her Forgiveness CD of prayers and meditations to be healed for good. As prayer turned my life completely around in 2007 I highly believe in its healing power as well as meditation's. I will also do Iyanla Vanzant's forgiveness EFT or Tapping practice which is familiar to me already by Rhonda Jones's Christian meditation practice and I've found it helpful as well. My goal is to complete the 21 Days of Forgiveness until December 2014 because I feel that I'm only ready to get married and have a new name to symbolize this new life of mine when I have forgiven all the past hurt.

Talking about presence and future I'm of course expecting to get married, have a job related to writing somehow, travel, graduate to a degree, publish and sell poetry books and... dreaming of becoming successful enough to afford or more likely deserve clothes on Vogue's pages :). I'm also dreaming of attending the concerts of my three biggest favorite artists and role models: Lauryn Hill (whose song "Forgive Them Father" is attached to this post) India.Arie and Jill Scott. By God's grace I already saw one big favorite of mine and a role model Alicia Keys with my Christian man making it the most touching and beautiful concert yet of my life in summer 2013 :).

Then Peter came to Jesus and asked, “Lord, how many times shall I forgive my brother or sister who sins against me? Up to seven times?”
Jesus answered, “I tell you, not seven times, but seventy-seven times.
“Therefore, the kingdom of heaven is like a king who wanted to settle accounts with his servants. As he began the settlement, a man who owed him ten thousand bags of gold was brought to him. Since he was not able to pay, the master ordered that he and his wife and his children and all that he had be sold to repay the debt.
“At this the servant fell on his knees before him. ‘Be patient with me,’ he begged, ‘and I will pay back everything.’ The servant’s master took pity on him, canceled the debt and let him go.
“But when that servant went out, he found one of his fellow servants who owed him a hundred silver coins. He grabbed him and began to choke him. ‘Pay back what you owe me!’ he demanded. “His fellow servant fell to his knees and begged him, ‘Be patient with me, and I will pay it back.’
“But he refused. Instead, he went off and had the man thrown into prison until he could pay the debt. When the other servants saw what had happened, they were outraged and went and told their master everything that had happened.
“Then the master called the servant in. ‘You wicked servant,’ he said, ‘I canceled all that debt of yours because you begged me to. Shouldn’t you have had mercy on your fellow servant just as I had on you?’ In anger his master handed him over to the jailers to be tortured, until he should pay back all he owed.
“This is how my heavenly Father will treat each of you unless you forgive your brother or sister from your heart.”
Matthew 18:21-35 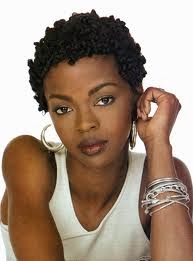 Forgive us our trespasses as we forgive thoseThat trespass against usAlthough them again we willNever, never, never trust

They say all the right things to gain their positionThen use your kindness as their ammunitionTo shoot you down in the name of ambition, they do, oh

Why every Indian wanna be the chief?Feed a man 'til he's full and he still want beefGive me grief, try to thief off my pieceWhy for you to the increase, I must decrease?

If I treat you kindly does it mean that I'm weak?You hear me speak and think I won't take it to the streetsI know enough cats that don't turn the other cheekBut I try to keep it civilized like Menelik

And other African czars observing stars with war scarsGet yours in this capitalistic systemSo many caught or got bought you can't list themHow you gonna idolize the missin'?

And when I let go, my voice echoes through the ghettoSick of men trying to pull strings like GeppettoWhy black people always be the ones to settleMarch through these streets like Soweto
Like Cain and Abel, Caesar and BrutusJesus and Judas, back stabbers do this

A friend once said and I found to be trueThat, "Everyday people, they lie to God tooSo what makes you think that they won't lie to you"

Posted by EyesLikeBlues at 7:52 AM

Plan Because I'm A Girl